Today and tomorrow I am lucky to be hosting the Take a Walk on the Wilds Side blog tour for Kat Kruger’s The Night is Found – the final instalment of the Magdeburg Trilogy. The Night Has Teeth and The Night Has Claws were both great reads, with really interesting werewolf mythology. So if you aren’t familiar with the series, now is a great time to start reading, as the whole set is out!

We’re starting this stage of the tour with an interview with Kat herself. Tomorrow will be a review of The Night Is Found. Enjoy!

1. Tell us a little about yourself 🙂

Well, I’ve always been a writer and at the moment I still make my living as a freelancer. If left to my own devices I would spend most of my free time gaming, binge watching TV, and eating pizza. Instead I write books that mash-up different genres.

When the weather’s nice (which is really only a few months of the year here in Eastern Canada) I try to spend it outside either writing in my little yard or out walking while listening to the playlists I build for my books.

I also love to travel as much for the food as for the culture. Otherwise I live a pretty ordinary suburban life.

2.What made you want to be a writer?

The works of Roger Hargreaves and Beatrix Potter are the earliest books I remember reading in grade one and shortly after I started writing and illustrating my own stories. Eventually I recruited my little sister to help write a family “newspaper”. By the time I was in grade three I was writing and performing plays to younger grades starting.

For as long as I remember, I’ve always loved words. I used to go through the dictionary to find new ones much in the same way Madison collects words. I’d flip through to discover one and write it out with the definition. Nerdy but true.

At some point I I let life kind of get in the way of my dreams of becoming an author for a number of years after high school and instead I pursued writing through my freelance work. It’s a different kind of writing — corporate, medical, or strategic communications — but I think it’s all helped me become a better researcher in terms of world-building. 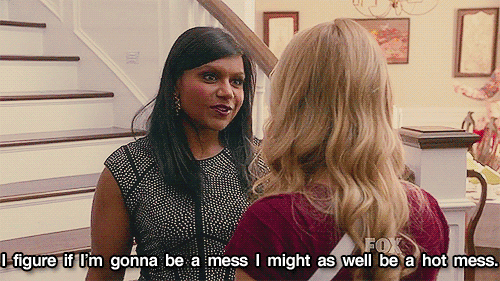 I’m not even sure it’s fair to call it a “process.” For my first draft I just write. And I keep writing. In the early stages  it mostly looks like point form ideas that are sometimes not even properly formed sentences. If I have an idea for a scene I’ll just jot it down as it comes to me. The details get filled in when I actually decide to “write” a chapter.

My methodology is equivalent to a spaghetti test wherein I occasionally throw it on the wall and only know it’s done when it sticks. I much prefer the revision process. Feedback from beta readers and my editor are invaluable to me. That’s when I really feel more comfortable and can work a lot faster.

Nobody sees my first drafts.

4. How about reading? Any favourite authors?

Maggie Stiefvater and Kenneth Oppel are my two faves. They’re both brilliant wordsmiths and lovely storytellers.

5. The Night Has Teeth/Claws have been some of my favourite books on werewolves recently. I particularly like all the realism you build into the mythology. What sort of research went into that and where did you get your ideas from?

Thanks so much for that compliment! It makes me very happy to know that the series is a fave in the genre for some readers. Most of my ideas come from research so the realism was certainly my intent.

Neil Gaiman says writers are just more likely to see a confluence of ideas, asking questions like “what if a werewolf bit a goldfish?” I think that’s spot-on. I mean, that’s certainly been my approach. Traditionally, werewolf lit is an either/or scenario (i.e. born or bitten). That lead me down the path of figuring out why not both?

My basic building blocks were as follows:

The born are a separate species descended from Neanderthals.

A domesticated wolf virus explains why their population “disappeared.”

A small percentage of humans have Neanderthal DNA.

The two species would have evolved separately so the born become full-fledged wolves while bitten humans morph into half-monsters of horror movies.

The rest of the human population is out of luck and dies from a werewolf bite.

To me it was just a logical succession of ideas that got layered. My research came from a variety of sources: The Leakey Foundation, National Geographic, RadioLabs, TedTalks, and other random links.

6. What inspired the overall story? Any particular influences?

The series started with just a single scene that wound up being the second last chapter “Werewolf” in The Night Has Teeth. I was listening to a song by the Cowboy Junkies called “To Love Is To Bury” when an image came to me of a black she-wolf standing over a grave. In a way it was like a mystery and I was on the case to discover who was buried beneath the surface.

Paris certainly inspired me, along with various other travels and road trips to New England. I’ve also had a lot of conversations with my husband on these trips. He’s been great at just letting me talk through problems in my early drafts (even he doesn’t get to see my first drafts). It helps to have someone I can bounce ideas off of and who encourages me to let my “imaginary friends” invade our lives sometimes.

7. Is there a reason why you chose to set the book in Paris? (other than the cool location potential of the Catacombs!)

The setting was always Paris in my mind. It’s one of my fave cities to visit and I got to take a “research” trip while writing The Night Has Teeth. Paris is modern but also has a lot of cool off-the-beaten-track locales that I could draw from like cemeteries and abandoned quarries below the city surface.

There’s something magical about Paris from the Art Nouveau Métro signs to the wonderful aromas of coffee and market stalls. It’s always full of life, urban but also with a healthy dose of parks. I thought it would be easy for a werewolf to blend in.

8. The Night Has Claws left us on a particularly evil cliffhanger (do you enjoy torturing your readers? :D) can you give readers a glimpse of what they can expect in The Night is Found?

Believe me, it was absolute torture for me when that final scene in The Night Has Claws came to me! The Night Is Found picks up just a few months after that scene. Connor is left with a monumental task of uniting the European packs and returns home to NYC with Amara. There he meets an American pack comprised of the Founders and the Wilds. While these new characters are introduced Arden, Amara, Madison all have their own role to play. The stakes are a lot higher in this final book so there’s a lot of action but also a lot of closure.

9. What can Kat Kruger Fans look forwards to next?

I’m currently working on a novel that I’ve codenamed #SteampunkUnicornProject. Yes, it’s steampunk. No, there aren’t any unicorns. I’ve decided to create an alternate history that isn’t Victorian Age England so I’ll be spending a lot of time immersed in history books and creating new steam technology. It’s going to be a standalone book but I envision it as part of a series set in this new world.

10. And finally, any tips for the aspiring writer?

One piece of advice that’s given frequently is to read a lot. I’d an extra step and say when reading pick apart the things that you really connect with whether it’s a sentence, paragraph, or piece of dialogue. It’s really not just enough to read in the genre you want to write. You should really examine what works for you as a reader in order to improve your skills as a writer.

The best bit of writing advice I ever read was came from this post by Chuck Palanhiuk about banning “thought” words. I’d like to think I became a much better writer after going to PR school and learning the craft of concise journalistic writing but his advice made me really think about the value of unpacking sentences. It’s completely changed the way I approach my writing (and reading too, actually).

Thank you so much for those fabulous answers, Kat!